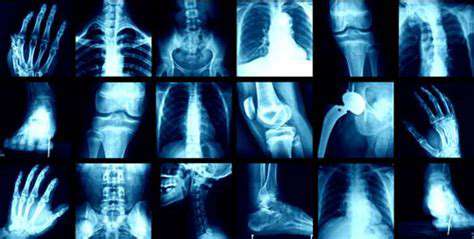 is the medical discipline that uses medical imaging to diagnose and treat diseases within the bodies of animals, including humans.

A variety of imaging techniques such as X-ray radiography, ultrasound, computed tomography (CT), nuclear medicine including positron emission tomography (PET), fluoroscopy, and magnetic resonance imaging (MRI) are used to diagnose or treat diseases. Interventional radiology is the performance of usually minimally invasive medical procedures with the guidance of imaging technologies such as those mentioned above.

The modern practice of radiology involves several different healthcare professions working as a team. The radiologist is a medical doctor who has completed the appropriate post-graduate training and interprets medical images, communicates these findings to other physicians by means of a report or verbally, and uses imaging to perform minimally invasive medical procedures. The nurse is involved in the care of patients before and after imaging or procedures, including administration of medications, monitoring of vital signs and monitoring of sedated patients. The radiographer, also known as a “radiologic technologist” in some countries such as the United States and Canada, is a specially trained healthcare professional that uses sophisticated technology and positioning techniques to produce medical images for the radiologist to interpret. Depending on the individual’s training and country of practice, the radiographer may specialize in one of the above-mentioned imaging modalities or have expanded roles in image reporting.

MRI of the knee

MRI uses strong magnetic fields to align atomic nuclei     (usually hydrogen protons) within body tissues, then uses a     radio signal to disturb the axis of rotation of these nuclei and   observes the radio frequency signal generated as the nuclei   return to their baseline states. The radio signals are collected by small antennae, called coils, placed near the area of interest. An advantage of MRI is its ability to produce images in axial, coronal, sagittal and multiple oblique planes with equal ease. MRI scans give the best soft tissue contrast of all the imaging modalities. With advances in scanning speed and spatial resolution, and improvements in computer 3D algorithms and hardware, MRI has become an important tool in musculoskeletal radiology and neuroradiology.

One disadvantage is the patient has to hold still for long periods of time in a noisy, cramped space while the imaging is performed. Claustrophobia (fear of closed spaces) severe enough to terminate the MRI exam is reported in up to 5% of patients. Recent improvements in magnet design including stronger magnetic fields (3 teslas), shortening exam times, wider, shorter magnet bores and more open magnet designs, have brought some relief for claustrophobic patients. However, for magnets with equivalent field strengths, there is often a trade-off between image quality and open design. MRI has great benefit in imaging the brain, spine, and musculoskeletal system. The use of MRI is currently contraindicated for patients with pacemakers, cochlear implants, some indwelling medication pumps, certain types of cerebral aneurysm clips, metal fragments in the eyes and some metallic hardware due to the powerful magnetic fields and strong fluctuating radio signals to which the body is exposed. Areas of potential advancement include functional imaging, cardiovascular MRI, and MRI-guided therapy.

Be the first to add a review.